Previous in ToC: The Flavour Explosion that is Tapenade 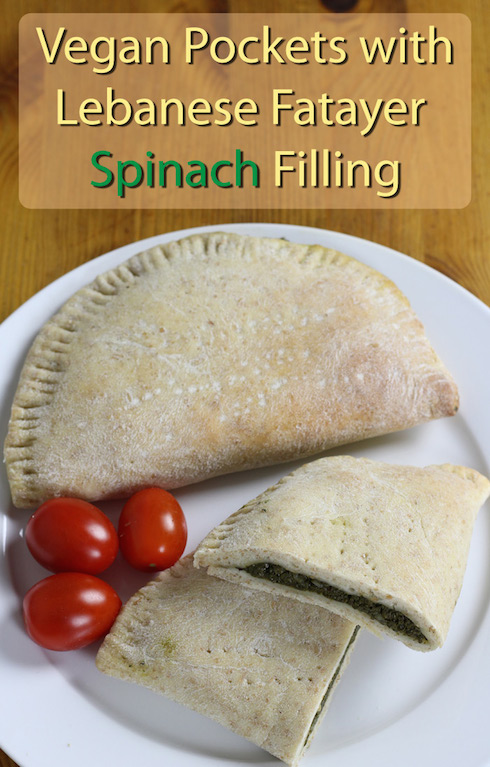 One of my earliest and most delicious memories of the move to Toronto was made one morning riding shotgun in my boss' car. He had grown up in Lebanon, but had been in Toronto long enough to know the hidden treasures of its food establishments—the places you don't see in tourist guides. We were driving along, talking about the upcoming meeting, when he suddenly made a U-turn, saying something in an excited voice about the fatayer being made fresh on Tuesdays. He was mostly talking to himself because I had no idea what fatayer were. He ducked into a little shop and emerged ten minutes later with a couple dozen little pastry miracles. I was hooked.

For people who, like me, didn't know a fatayer from a hole in the ground, we're talking about a simple triangular-shaped pastry that looks something like a samosa, but is baked. The filling is a magical combination of spinach, onions, lemon juice, olive oil and (this is important) sumac. Sumac is spice made from the dried fruit of the sumac plant. It has a delicious sour flavour that strikes a perfect harmony with the other ingredients in the filling.

I love authentic fatayer, but I have to be honest, I find the pastry finnicky to work with. I'm going to keep practising the real mccoy, but I tend to opt for fatayer panzerotti more often than not, a kind of middle-east-meets-west fusion. The panzerotti version is what I'm presenting here. If you're interested in a more classical pastry, check out the beautiful photos at Annisa's blog post on purslaine fatayer.

Spinach/salt mixture (see below for directions)

Start by removing the stems from the spinach and collecting the leaves in a large bowl (probably best done in a couple of batches).

Fill the bowl up with water and carefully shake the dirt off the leaves. Dry using paper towels or a salad spinner.

Chop the spinach in a food processor, pausing occasionally to mix down with a wooden spoon, until the pieces are small and uniform size. Transfer the spinach to a collander and mix in the 1 tsp salt. Place the collander over a bowl and put aside for at least an hour. The spinach juice will pass through the collander into the bowl. Stir occasionally throughout the hour to keep the juice flowing.

While the spinach is dejuicing itself, start making the dough. Put all but 1/4 cup of the lukewarm water into a large bowl, along with 1 tsp of the honey or agave syrup. Add the remaining 1 tsp of honey to the 1/4 cup of water remaining in the measuring cup and mix in the yeast.

Allow the yeast to proof for 5 minutes until it develops a thick foam on top. If it doesn't, discard it and start again with new yeast.

While the yeast is proofing, mix the two flours together. Add the 2 Tbl of olive oil to the bowl with the water and honey in it. After the yeast is finished proofing, add it to the bowl as well. Gradually add the flour mixture to the bowl, mixing with a wooden spoon. After approximately 3/4 of the flour has been added, while the dough is still moist, add the 1 1/2 tsp salt and mix it in.

Finish adding the flour, graduating to hand mixing when the dough is too stiff to mix with the spoon.

Turn the dough out onto a kneading board.

...until the dough has a smooth texture, something like an earlobe.

Place the dough in an oiled bowl and cover with plastic wrap. Let rise at room temperature for about 90 minutes.

You can use the latter part of the dough rising time to make the filling. (Remember the spinach needs at least an hour to shed its juices, with the occasional stir from a wooden spoon.) You should see a fair amount of spinach juice in the bowl when you lift out the collander.

Discard the spinach juice and move the spinach from the collander to a small mixing bowl. Add the lemon juice, olive oil and sumac.

Finally, mince some onion in the food processor and add that as well.

Mix everything well to complete the filling.

At the 90 minute mark, the dough should have roughly doubled in size.

Punch down the dough, rapidly expelling the gases trapped in the bubbles.

Knead the dough for a minute or two then cut it into 8 equal pieces. Return the pieces to the bowl and cover with a tea towel to keep them from drying out.

Make the flour paste in a small bowl and have a pastry brush ready.

Brush half the outside edge of the dough with the flour paste.

Then, add an eighth of the filling on that half.

Fold the non-pasted side over and press closed with your fingers.

Then repeat with a fork.

Lay out the completed panzerotti on a shallow baking pan and prick each with a fork.

Bake for about 20 minutes.

And let cool on a rack.

They work as a light lunch.

Or a portable snack.